You Might Want to Start a College Fund at Birth 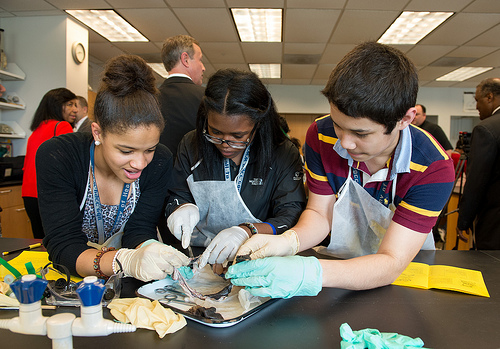 Not sure if you remember the first time you held your baby in your hands and what you were thinking, but I do: “I am responsible for this child for the rest of his life!”
And the very next thought was: “What college is he going to attend? And how am I going to pay for that?”
I went out with some friends that night, and when I told them that story, everybody laughed. College? Two hours after birth? It was a conservative, thoughtful laugh. They all had kids. They all planned to send them to college. None had a plan to pay for it.
We all agreed that we needed to get right on it and promised we would … right after the next round.
There are no good endings to stories about putting off something you should do today, and that is absolutely the case for college savings. The popular notion that a boatload of full-ride scholarships – academic or athletic – are out there, is pathetically misinformed.

According to FinAid.org, only 0.3 percent of college students – about 60,000 of the 20 million enrolled  – are there on full scholarships. Only 14.3 percent, or 2.86 million students, receive enough scholarship money to cover 50 percent of the cost of attending college.
Realistically then, you are responsible for most, or all of your child’s college education, and the numbers are frightening. The average cost for tuition, room, board, books and miscellaneous expenses for the 2013-2014 school year is $22,800 for in-state schools.
That is a 60 percent spike over the last decade. Projections are for increases of 6 percent a year. If your child was born this year, you’re looking at around $50,000 a year to get him/her a diploma.  Private school could cost $500,000 to get through four years.
Gulp! Can we get another round over here?

Some Funding Is Available

Those are hard numbers to swallow, but don’t panic yet. According to Inside Higher Ed, funding for secondary education was up in 37 states last year, and some states even froze tuition.
In the meantime, however, it would be wise to start planning for how to pay for your child’s college education. Some of the suggestions below definitely work; I know that from experience. Junior is in college now, and so is his younger brother.
Some may not suit your circumstances and situation; I also know that from experience. The third son is college bound – he hopes! – in 18 months.
Open a 529 College Plan Account. Every state has one, and they absolutely work at providing funding for college. The 529 is an investment account that you pay no taxes on, as long as it is used for college-related expenses like room, board, tuition and books. A $100 a month investment for 18 years, with a modest 7 percent return, will leave $43,655 in your child’s account going to college.
Buy a prepaid college plan. This used to be a good idea, but it’s lost its zing. I bought one in 1993 for $5,750, and it covered the cost of tuition for four years in our state university system. That same plan today goes for $53,729. That might be why there are only 11 states offering this plan. Viewer discretion is advised.
Ask family, friends, and friends of friends to contribute. This might seem a little crass, but kids have birthdays, Christmases and other celebratory events where the best gift might be a $25 or even a $10 donation to the 529 Plan. If you’re serious about saving for college – and convey this message clearly before all celebrations – you will be surprised at how much ends up in the pot.
Alternative funding sources. ROTC programs will take care of all or a large portion of the cost, with a guaranteed job waiting after graduation. Other “alternative” sources: Junior can volunteer to be a student assistant for the school’s football or basketball team, join the school band, or get a job on campus.
Investigate scholarships. Though your child likely won’t get a free ride, there still is a lot of free money available. Pell Grants were worth $33 billion in 2013, according to Federal Education Budget Project, and colleges handed out another $13 billion. Private sources issued $35 million. The money is there, but you have to apply, which many families don’t.
And don’t forget loans. This has become a bad word among college students because too many of them (and their parents!) treated it as free money. It is not free, but the interest rate on federal student loans (3.45 percent) is low enough to make them a viable part of your planning process for paying for college.
There is a good ending to this otherwise sobering story: College graduates earn an average of $2.2 million over their lifetimes, twice what those without a degree earn.
So, in essence, you’re paying to make your child a millionaire … Cheers!
Bill Fay is a writer for Debt.org, where he is known as The Most Frugal Man in America. He spent 21 years in the newspaper business and eight more in television and radio, dealing with college and professional sports, then seven forgettable years writing speeches and marketing materials for a government agency.

Manage All Your Bills and Documents in ONE place from Finovera on Vimeo.